When I make GRAMMAL SEIZURE recordings they are totally therapeutic to me. It’s a release that would other wise manifest itself in me harming myself amongst other things. When I record it’s just like painting to me, just an extension of being an artist. That’s probably why I quit playing in bands because I like to work alone for the most part, and you can totally do that with Power Electronics and make great music. And yes I totally like to assault the listener with the sound as well. I know that I enjoy the power of this music when it just steamrolls over my brain, it releases something inside. So I know other’s enjoy that feeling / sound as well. That’s the thing with power electronics, it’s not just a sound and there is really for the most part no melodic structure to follow… It’s chaotic and it’s a feeling. I enjoy that. People either like it or not… there is no in between ground in Power Electronics…

The mighty, mighty GRAMMAL SEIZURE returned this year with the magnificently powerful DEATH HOUSE ACTIONS. It had been nearly a year and a half break for GRAMMAL SEIZURE. Anybody who frequents this blog has heard enough free GRAMMAL SEIZURE to fill half an iPod. The tracks are always brutal. With release titles like "PLEASURE THROUGH PAIN" and "THE MECHANICS OF SUICIDE" Erik Stanger's GRAMMAL SEIZURE has been pounding peoples skulls and crushing peoples brains for 4 years!


SUPPORT THE UNDERGROUND
Posted by TBM at 2:53 pm 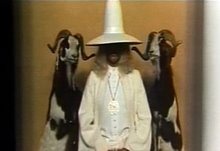 The Other Sound - Issue 2012
Publish at Calaméo or browse others.

The Other Sound: Issue 11

The Other Sound: Issue 11
Publish at Calaméo or browse others.

The Other Sound: Issue 10

The Other Sound: Issue 10
Publish at Calaméo or browse others.

Because God Told Them To Do It 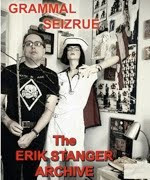